Last week, our co-founder and CTO Javier Gonzalez was invited to be a panelist at an offical Twitter event to discuss Latinos in Tech at Twitter HQ in San Francisco. The event had great panelist including:

The panel discussed opportunities, issues, and the future of Latinos in the tech world. The panel was opened to Q&A from the audience which led to amazing discussion and conversation about the growth and current difficulties facing many Latinos trying to get involved in the tech world.

We look forward to being a part of future discussions with other Latinos and groups working in tech in the future. #LatinoProud

Check out the Twitter Moments feed covering the event below: 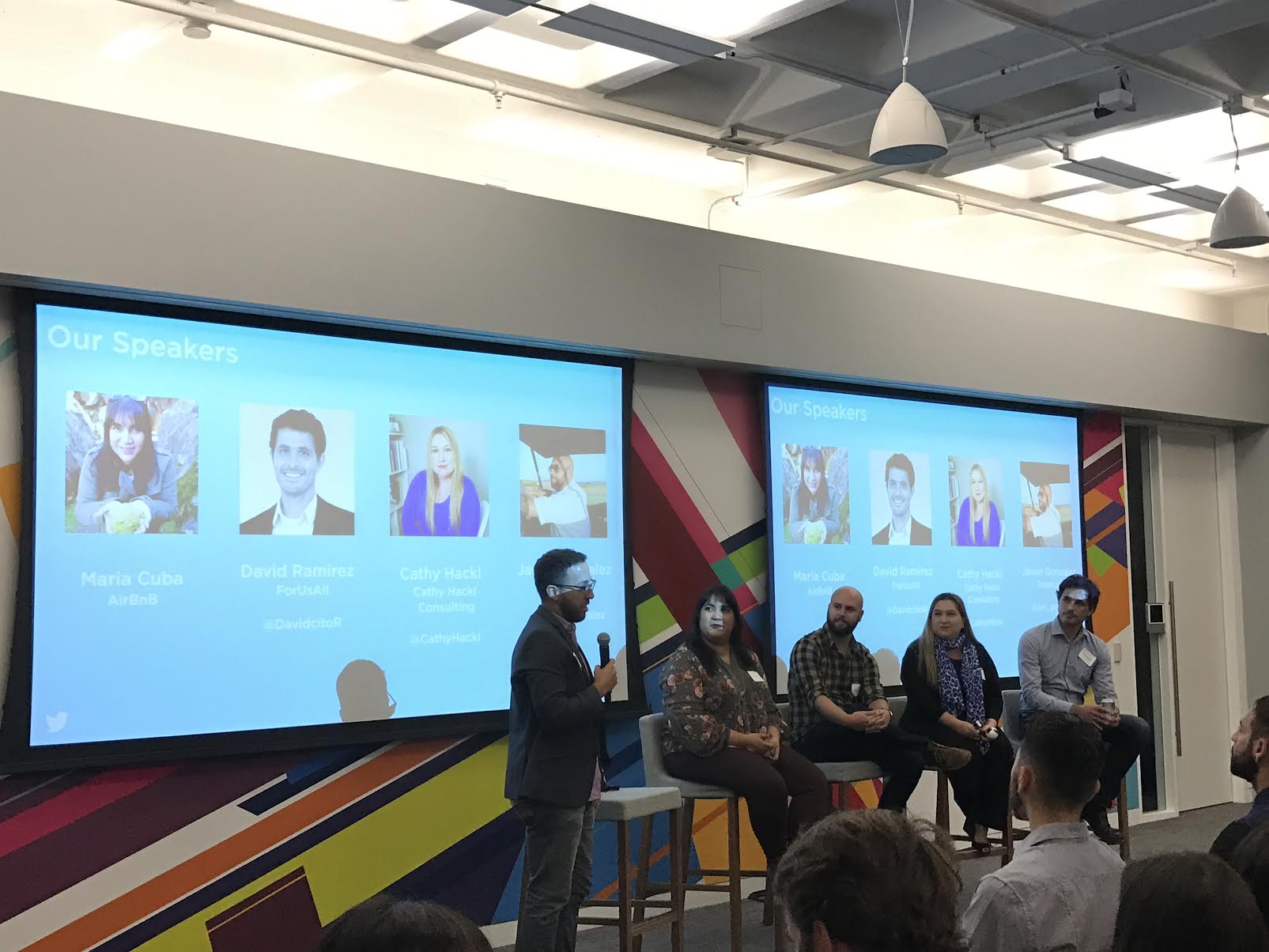